What is a Hurricane?

A hurricane is a type of tropical cyclone, the general term for all circulating weather systems over tropical waters with a counterclockwise rotation in the Northern Hemisphere. Tropical cyclones are classified as follows in order of their growing intensity: 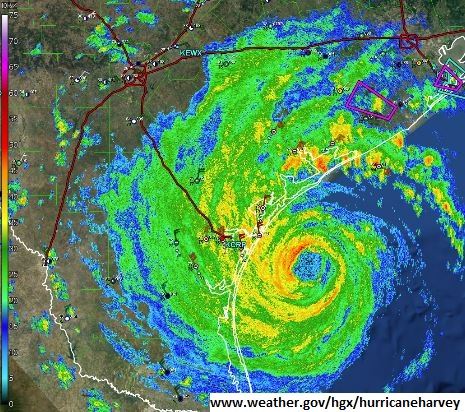 A tropical depression is an organized system of clouds and thunderstorms with a defined circulation and maximum sustained winds of 38 mph (33 knots) or less.

A tropical storm is defined as an organized system of strong thunderstorms with a defined circulation and maximum sustained winds of 39 to 73 mph (34-63 knots).

A hurricane is an intense tropical weather system with a well-defined circulation and maximum sustained winds of 74 mph (64 knots) or higher. In the western Pacific, hurricanes are called "typhoons" and similar storms in the Indian Ocean are called "cyclones."

How Hurricanes are Created

Hurricanes are products of a tropical ocean and atmosphere. Powered by heat from the sea, they are steered by the easterly trade winds and the temperate westerlies as well as by their own ferocious energy. Around their core, winds grow with great velocity, generating violent seas. Moving ashore, they sweep the ocean inward while spawning tornadoes and producing torrential rains and floods.

On average 10 tropical storms, 6 of which become hurricanes. develop over the Atlantic Ocean, Caribbean Sea, or Gulf of Mexico any given year. Many of these remain over the ocean, however, about 5 hurricanes strike the United States coastline every 3 years. Of these 5, 2 will be major hurricanes, category 3 or greater on the Saffir-Simpson Hurricane Scale.

The process by which a disturbance forms and subsequently strengthens into a hurricane depends on at least 3 conditions. Warm waters, moisture, and wind pattern. Wind pattern near the ocean surface that surface spirals in the air inward. Bands of thunderstorms form allowing the air to warm further and rise higher into the atmosphere. If the winds at these higher levels are relatively light, this structure can remain intact and allow for additional strengthening.

The center, or eye, of a hurricane is relatively calm. The most violent activity takes place in the area immediately around the eye, called the eye wall. At the top of the eye wall (at about 50,000 feet), most of the air is propelled outward, increasing the air's upward motion. Some of the air, however, moves inward and sinks into the eye, creating a cloud-free area.

Storm surge is a large dome of water often 50 - 100 miles wide that sweeps across the coastline near where a hurricane makes landfall. The surge of high water topped by waves is devastating. The stronger the hurricane and the shallower the offshore water, the higher the surge will be. Along the immediate coast, storm surge is the greatest threat to life and property.

Widespread torrential rains often in excess of 6 inches can produce deadly and destructive floods. This is the major threat to areas well inland. Tropical Storm Claudette in 1979 brought 45 inches of rain to an area near Alvin, Texas. Extensive flooding occurred here in Dickinson.

Hurricanes also produce tornadoes which add to the hurricane's destructive power. These tornadoes most often occur in thunderstorms embedded in rain bands well away from the center of the hurricane. They can also occur near the eyewall.