Please note that this information is concerning an election that has already taken place. The information below is provided as reference material only.  If you have questions about this election, or any other election, please contact the City Secretary directly.
Spring 2015 Election
Street Maintenance Sales Tax Reauthorization
In 2001, the State Legislature authorized a bill that allows cities to levy a ¼ of one-cent sales tax, with voter authorization, for four years to be used exclusively on repairing existing streets. Dickinson residents  approved the ¼ of one-cent sales tax in 2011, which has provided a dedicated funding source for street repair, maintenance, and reconstruction that the City did not have prior to 2011.

The 2001 legislation included a “sunset clause” which says that the tax will disappear if not reapproved by the voters after 4 years.

In this May election, Dickinson voters are being asked to vote FOR or AGAINST the continued allocation of 1/4 of one cent of sales tax to the City’s Street Maintenance Sales Tax.  If the dedicated street maintenance sales tax is not reapproved, it will end. Voting on this proposition will not change the City's sales tax rate. 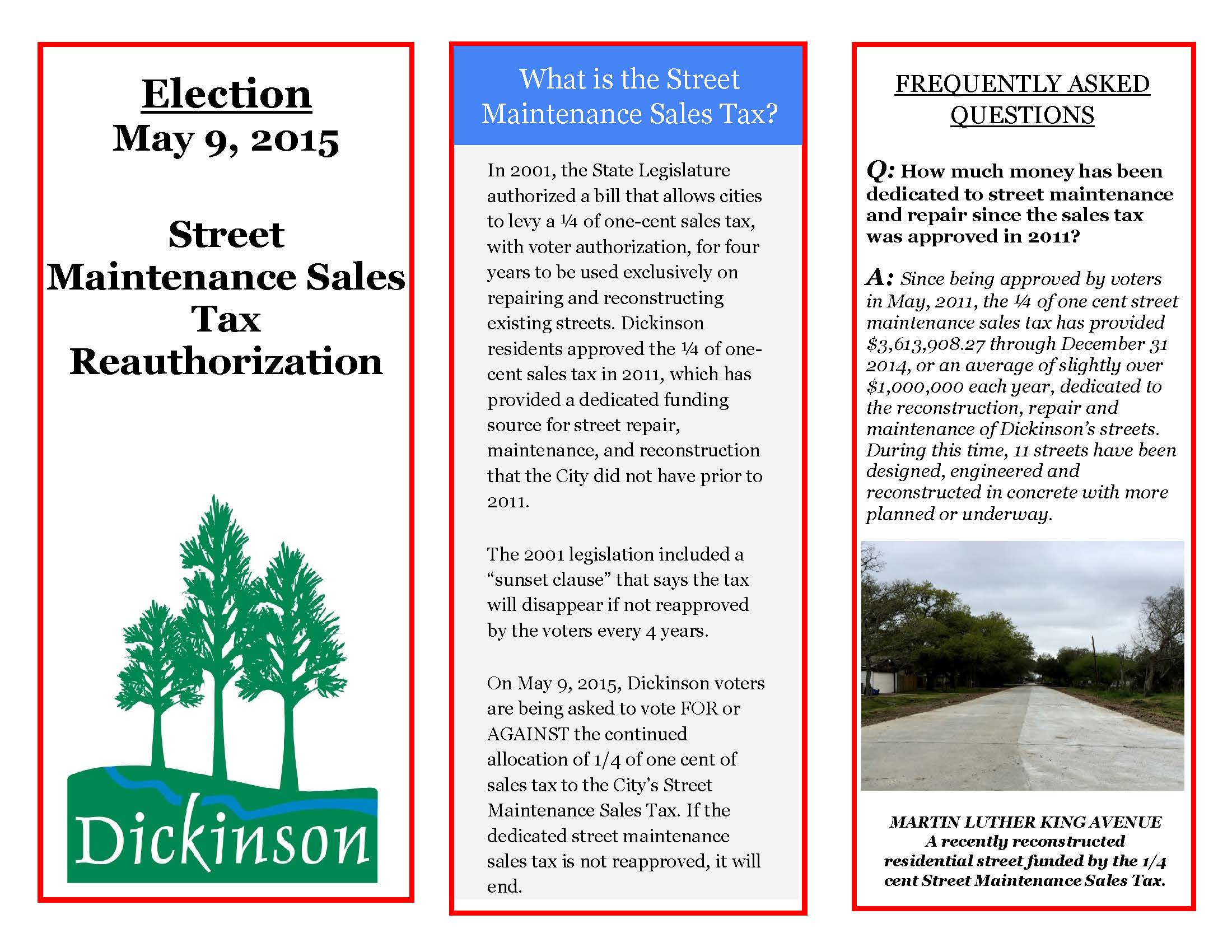 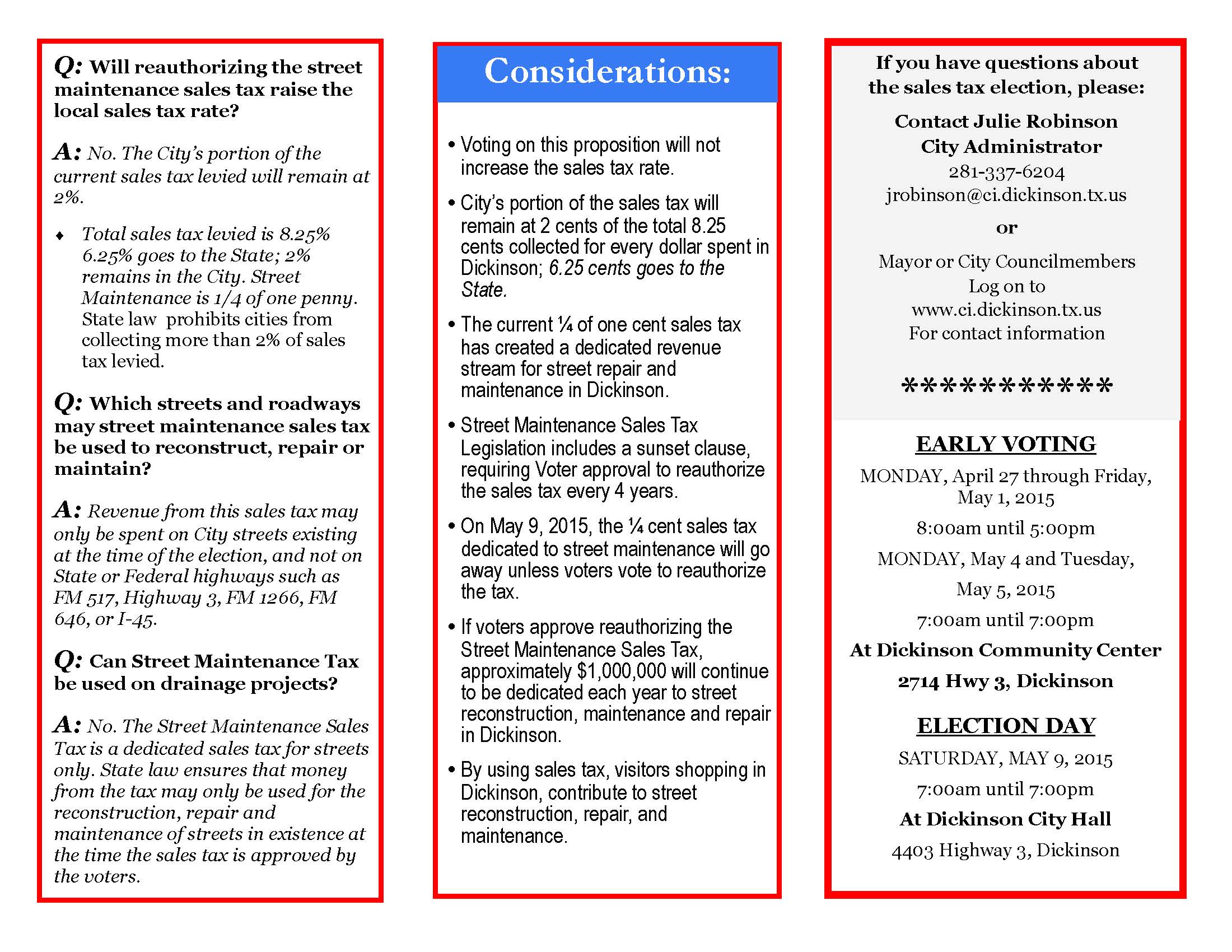 At Dickinson Community Center (2714 Highway 3, Dickinson) and other locations in Galveston County.

At Dickinson City Hall (4403 Highway 3, Dickinson) and other locations in Galveston County.